"How can there be too many children? It's like saying there are too many flowers." Mother Theresa 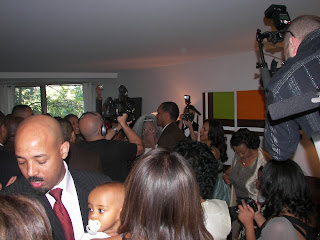 David, Noah's Dad and my ex was married Saturday in Alexandria Virginia. Noah was the best man in the wedding. It is tradition of the Ethiopian culture that the grooms family go to pick up the bride. The bride's family does not let the groom in and a "fight" ensues. The grooms family begins the event by singing traditional songs and dancing. The brides family, from inside the home answer back with their own songs. The grooms family tries to fight their way in, the brides family fighting to keep them out. The grooms family begs and sprays perfume, etc trying to coerce their way inside. This was really an amazing thing to see. Fafi, the bride, lives in a condo so the procession began in the hallway. The songs were amazing beautiful and joyous. So joyous in fact that I almost instantly formed tears in the corners of my eyes as a smile spread wide across my face. I looked over at Ryan and could tell he was fascinated himself. After fighting our way in, David went into the room and Fafi entered. They both began a sweet cry. Davids groomsmen wiped his tears with a handkerchief. The sound of the female cheer arose in the room, the clicking tongues that I have heard described as a hallel. 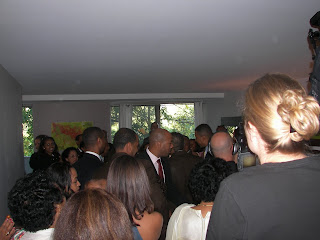 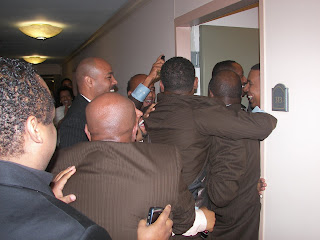 The men let the children ride in limo with them on the way to pick up Fafi. They were so excited. 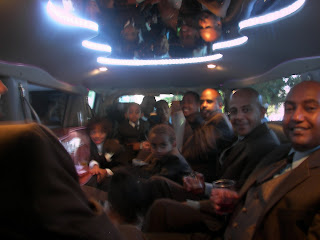 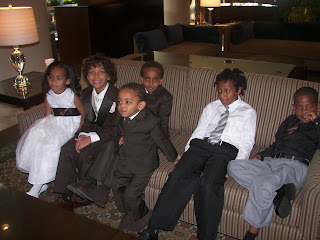 It looks like it was beautiful! I wish I could have seen it. The boys look adorable! Who's baby is Dawa holding? Did they have another baby or that Pipi's little boy?

Three years ago we adopted two boys (unrelated) from Ethiopia. Shortly after we came home we learned of our son's little sister, separated from him in the orphange. We began to pray to find her. We DID! She joined our family November 21st, 2008. On that trip we traveled to visit their older siblings in Waliso, Ethiopia. Guess what? They joined our family on Christmas day!

SUNSHINE
I had one, he had two and together we adopted 5 children. Welcome to the blog about our crazy life.